Showing posts from October, 2019
Show All

A wonderfull discoverie of awesome

When we first met up with Dischord one of the first things they said was "you might not like this" but having been continually amazed by every release thus far we just became more curious, When they played something they thought would scare us off, we became even more curious, and so a game of cat and mouse ensued with the band trying to warn us away and in return we became the proverbial moth to the flame, not out of sheer bloody minded stubborn petulance but because the more they opened the concept to us the more we fell in love, and we'd only heard 2 songs at this point, good day that 😊 And now here we are, the day before release, if you want to hear those very same 2 songs then head over to the bands Facebook page, or wait till tomorrow and let this entire Dischord and friends Various Artists mix of styles wash over you in a way you couldn't dare expect. Watch the video, it became a book which then became a soundtrack, you'll realise that b
Read more 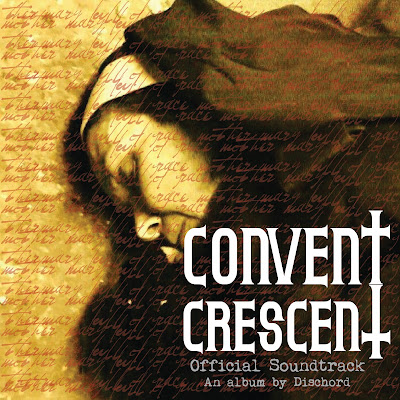 If you haven't heard of Dischord your circle must be very small, here we have a band that can't and won't sit still and we don't want them to because they're too bloody good to just be happy with what they have, they instinctively push their boundries to limits that take them out of their comfort zone and that is where they excel, flourish and amaze, and we haven't even spoken about them as a live unit yet, if you haven't seen them live you need to fix that asap. So to Convent Crescent, from here we'll redirect you to  The Punk Site  and Just Some Punk Songs  respectively so you can get their take on the outstanding outfit that are Dischord. You can get a pre-order package from the band directly on their Facebook  page. The Prologue Dischord - Director's Cut
Read more
More posts