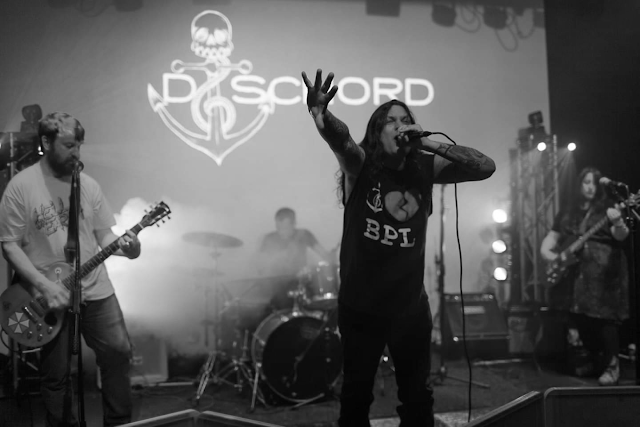 What can be said about a band when all that is needed to describe them has been said so many times, and justifiably so, because Dischord don't sit still, they are a hyperactive child that has no control over their actions and keep producing mind melting material, concepts us mere normals wouldn't dare to imagine, a mere walk in the park for this lot, but it's not just on the disc, or book or video where this band produce continuing moments of excellence, nah, they do it live as well and in spectacular form, whatever part of Dischord you manage to get a hold of, hold on tight, it's going to be an adventure.