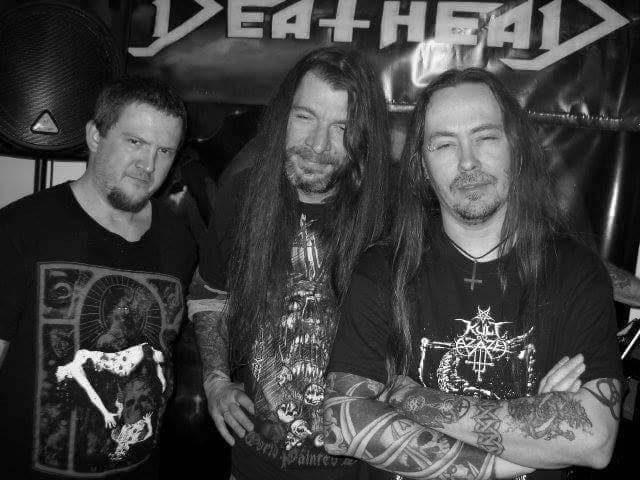 If chaos could be described in sound it would be Deathead. A thrash metal trio from Ogden, Utah formed in 2001 by guitarist/vocalist Chris Jester. Blessed in Blasphemy is their follow up to 2009's An Offering to the Gods and the first to feature new members Cody Carson on drums and Terry During on bass (who left right after recording and was replaced by Christian Coty).

The band has a sound which shows many of its influences including Sodom, Kreator, Venom and Motörhead.

After spending much time on the road Deathead is prepared to destroy all newcomers with Blessed in Blasphemy.